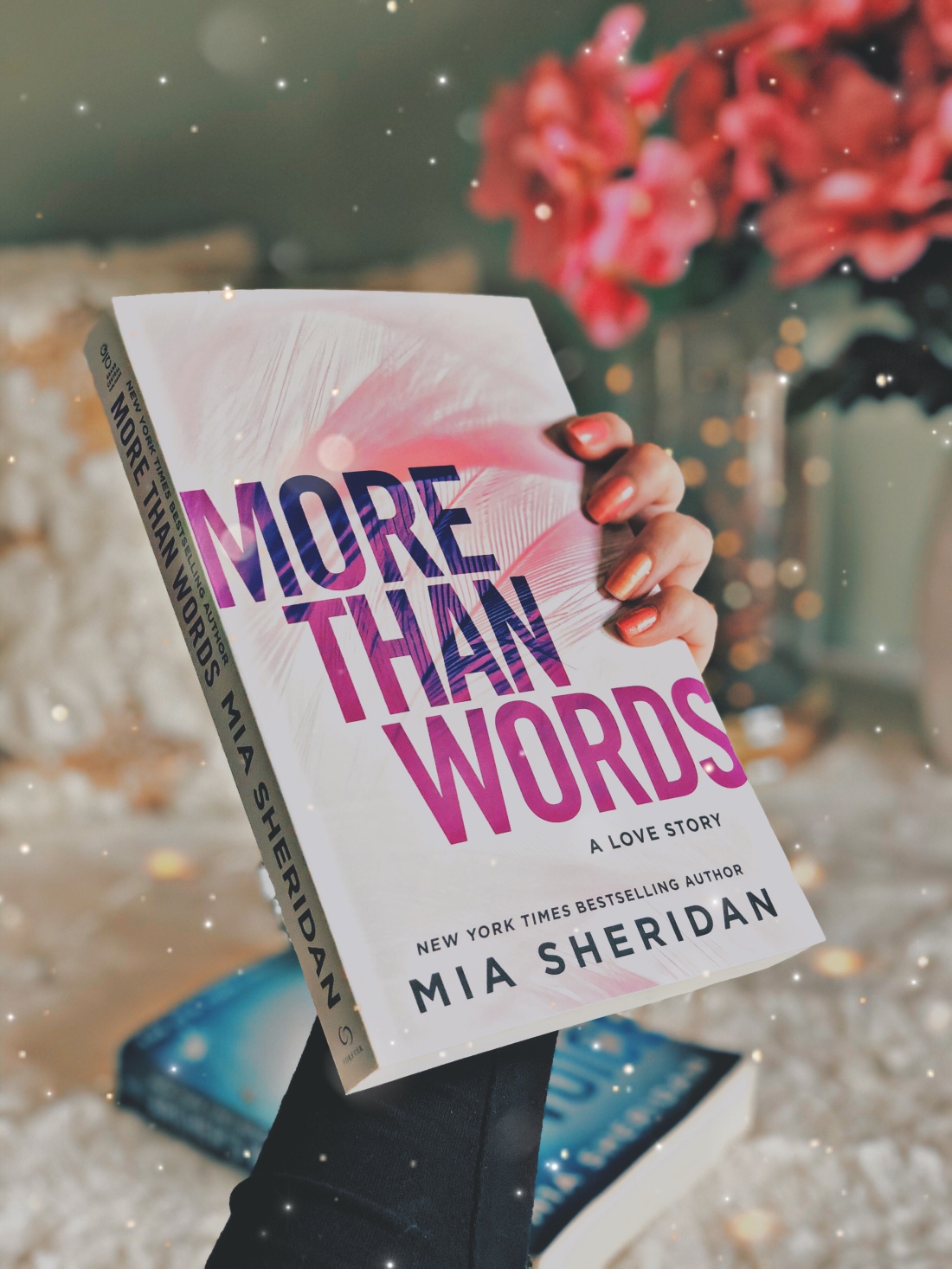 If anyone ever came to me asking for a book with a man who knows how to cry, a man as capable as emotions as a female lead, then the first author I’d direct them to is Mia Sheridan. She knows how to tug on those heart strings of yours by presenting you with a man who isn’t afraid to be raw and emotional with his girl.

First of all, this book is mainly based in France and reading it as the whole incident with Notre Dame unfolded was doubly heartbreaking. Especially since Jessica (the main character) loves history (namely french history and the story of Joan of Arc) and when I read that news, I ached for her character and how she would’ve mourned. Funny how books can make us think that way, huh? You read news in real life and your first thought is “Oh God, Jessica would’ve been heartbroken!” Does that mean I’ve reached a new low or a new high?

ANYWAY, While More Than Words wasn’t as good as Archer’s Voice (which I always mention has a special place in my heart for being the unique story that it was), it was still something special. I really appreciated the moral of the story. It was an important lesson to learn for everyone and I feel like it could really help people to learn it. I can definitely think of a few people in my life who would do good to learn this lesson sooner rather than later.

One of the lines in the book that I found really accurately portrays that message is the following, said by the female lead, Jessica:

“At some point you’re going to have to take responsibility for your own life, Callen, instead of blaming everyone else.”

We’ve all done it before. We’ve all tried to blame choices we’ve made or actions we’ve taken on other people who did us wrong. Sometimes we get carried away, throwing our lives away over something someone said and we believed. In this book, above all else, Sheridan emphasizes how important it is to rise above that and take control over your own life again instead of letting that ruin you. And, as was mentioned multiple times in the book, to live life fiercely and without regret.

I have to admit, I was conflicted about wether or not I really liked the relationship between Jessica and Callen. It seemed unhealthy and a bit toxic at times, especially at the start. By the end, though, it was a redemption. And I loved that part of it. Especially the way it was written in this book.

While I didn’t know what to think of them together at the start, I have to admit that they DID have pretty good chemistry and my lack of support had more to do with my dislike for the decisions Callen’s character made. They had moments together that made me want to laugh and cry and swoon and yell. In the end, I think that’s why I decided I liked what they had.

That and the fact that, for all Callen’s faults, I have to admit that I did love his character. Especially by the end of the book. He’s a musician and Mia Sheridan is obviously one heck of a good writer because I FELT his music in my very being by the way that she wrote about it. I could practically HEAR it in my head. How amazing is that? How amazing is it that an author can do that with a few powerful choice words and nothing else? It’s beyond me and one of the reasons I love Sheridan’s writing.